It’s January 1983. Time Magazine’s man of the year has been replaced by the “machine of the year” – the home computer. The cover reads, “The computer moves in.”

The home computer was the first machine – the first man-made object – to take the Man of the Year award away from a human.

In 1983, the computer revolution was young. Computer hardware had just entered the home. The Time article focused on video games and their teen appeal, the ability to manipulate thousands of numbers in a second, and the ability to store data.

At the time, Microsoft and Apple were small companies poised to generate billions of dollars in revenue and create billions more in value. The ARPANET was 20 years old but the Time article did not mention computer networking. The World Wide Web wouldn’t be born for another seven years..

It’s 2017. The biotechnology industry is not yet 50 years old and has significant impact on our lives. The first competition for engineering biology took place at MIT in 2004 and included five teams from multiple schools. The first roadmap on the engineering of biology was presented to the Defense Advanced Research Projects Agency (DARPA) 13 years ago. The first description of a new multi-step pathway designed to produce artemisinin, an important anti-malarial drug, was published in Nature Biotechnology in 2003. It is consider the first bona-fide product of synthetic biology.

It’s 2017 and we have seen hints of what is possible when we can engineer biology. We’re writing about how quickly the field is advancing and helping you prepare for the changes that are coming. We promise it’s going to be a wild ride. 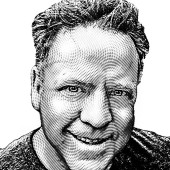